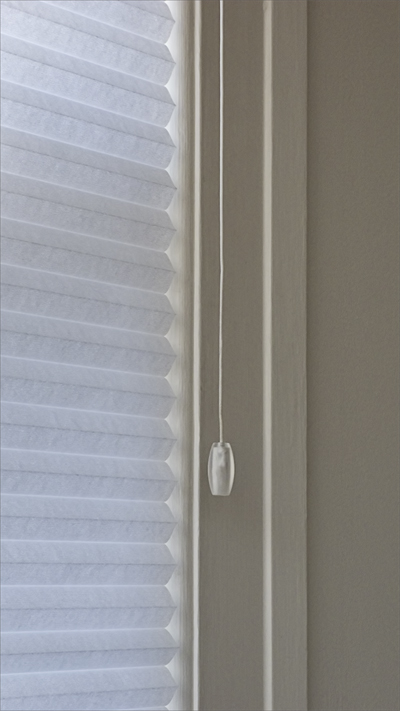 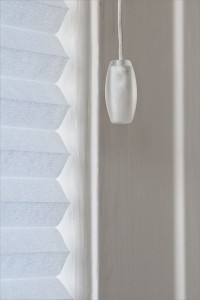 This is the second capture of a scene photographed in my office three days earlier. While processing the first (shown to the right), I looked over at the same setting under similar light and thought “Hmmm, this isn’t what that was about.”

For the first, I was using a macro lens and emphasis is placed on the cord pull within its surroundings. For the second, I used my Lumix set to the 16:9 format. Now, emphasis is not so much on the cord pull but rather on the vertical pattern of light and line which originally caught my attention.